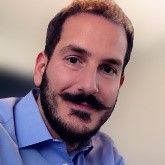 Researcher, MERLON Project
He holds a Diploma in Electrical and Computer Engineering and a PhD in Game Theory and Optimization, both from National Technical University of Athens. His doctoral research focused on the study of energy markets and on supporting decision making in that context. He has also been awarded a BSc in Management Science and Technology and a MSc in Economics degree, both from Athens University of Economics and Business. His current research interests lie on the area of game-theoretical and market-based approaches for supporting decision making in the energy sector. He is involved in several research projects of the Control and Power Research Group, while his work in MERLON project is around the analysis of business models that can support further the development of local energy systems in Europe.”
Sessions