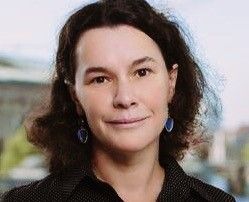 International Director, Agora Energiewende
Germany
Jesse Scott is International Director at think tank Agora Energiewende in Berlin. She leads Agora’s work on the energy transition beyond Europe in major and emerging economies, including research projects on clean energy systems, collaboration with a global network of think tanks, and political strategy. Before joining Agora in February 2019, Jesse worked at the International Energy Agency in Paris where she was a lead author of the Agency’s pathbreaking report on the opportunities and risks of digitalizing the energy system. Prior to that, she worked for fifteen years in Brussels on European Union energy and climate policy making, including as Head of Climate and Environment for the electricity sector association Eurelectric where she organized cross-sector advocacy to strengthen the EU Emissions Trading System, and at natural gas sector association Eurogas. Jesse teaches at the Hertie School in Berlin on the theory and practice of influencing public policy, with a focus on climate policies and the EU Green Deal. She is an advisor to the World Economic Forum, the Climate Bonds Initiative, and the Florence School of Regulation. Jesse’s experience spans business, government, campaigning, law, and think tanks. She holds a degree and masters from Cambridge University and also studied in Italy at the European University Institute.