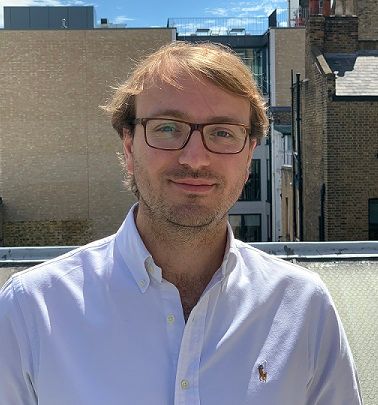 Chris is the founder and CEO of Protium and the former Chairman of the UK Hydrogen & Fuel Cell Association, as well as being Chair of their Green Hydrogen Working Group. In addition to this, Chris is the co-host and co-founder of the leading hydrogen podcast, ‘Everything About Hydrogen’ and the Vice-Chair for Renewable UK’s Green Hydrogen Group. Chris originally began working on hydrogen through the World Bank, where his research helped secure the Bank’s first internal funding for Hydrogen & Fuel Cell research in over a decade. Chris has advised various governments, businesses and investors on hydrogen and other clean energy technologies.

Chris previously worked for JLT Group, within the International Network and JLT’s Energy & Marine division. He has also worked for one of the UK’s leading renewable energy project developers, as well as for Venture Capital firms both in London and Israel. He holds a Masters in Energy, Finance and Economics from the Johns Hopkins School of Advanced International Studies, and a first-class BA (Honours) from the University of York.