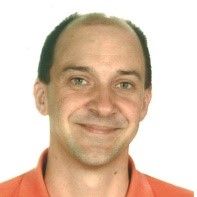 Carlos Madina is a senior research engineer for TECNALIA’s Energy and Environment Division. Carlos obtained his M.Sc. degree in Industrial Engineering in 2001 and his Ph.D. in Electric Power Systems in 2018, both at the University of the Basque Country.

Since 2001, Carlos has focused his career in the economic analysis of innovative business models for DER (Renewable Energy Resources, Combined Heat and Power, Active Electricity Demand Response, Microgrids and Electric Vehicles), mostly in the European context. In order to perform the analyses of business models, Carlos also gained knowledge about the regulatory frameworks and electricity market conditions in several European countries, including Spain, the UK, Germany, France, Italy, Denmark, Belgium, the Netherlands…

His career started with the BUSMOD project, where he participated in the adaptation of the e3value methodology from the realm of e-commerce to the brand-new environment of distributed generation in the early years of the 21st century. Carlos has used this methodology to lead the economic and business models analyses in several publicly co-funded projects, including some of the major smart grids projects in the EU Framework Programmes 6 and 7, and in Horizon 2020 (EU-DEEP, FENIX, ADDRESS, GREEN EMOTION, PLANGRIDEV, UPGRID, SMARTNET, COORDINET…), as well as in dedicated projects for the main Spanish utilities and the TSO. In addition, Carlos participated in the Task XVII (Integration of Demand Side Management, Energy Efficiency, Distributed Generation and Renewable Energy Sources) of the IEA/DSM agreement.

He co-authored several scientific publications, 15 of which are indexed in Scopus, and specialised conferences. He is also co-author of a book about TSO-DSO coordination, another one about Demand Side Management, and a third one about Hydrogen technologies. He is also a regular reviewer in two Q1 scientific journals and supports the Spanish Government in the revision of project proposals for different National R&D Programmes. He has also reviewed proposals for KIC INNOENERGY, as Tecnalia has a framework agreement with KIC INNOENERGY IBERIA S.L. to provide a technical assessment service.

He is now leading the WP about Markets and platforms to coordinate the procurement of system services from large-scale and small-scale assets connected to the electricity network in the CoordiNet project.