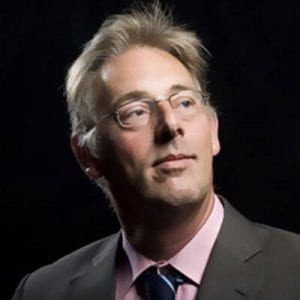 Ad van Wijk is a part-time Professor of Future Energy Systems at TU Delft, the Netherlands. He is a guest professor at KWR Water Research Institute to develop and implement the research program Energy and Water. He is a special advisor to Hydrogen Europe, representing European industry, national associations and research centers to develop European hydrogen policies with the EU commission. He is a hydrogen ambassador at the "New Energy Coalition" to realize the green hydrogen economy in the Northern Netherlands. And he holds several advisory and supervisory board positions.

Van Wijk has studied physics and did his Ph-D in Wind Energy and Electricity Production at Utrecht University in the Netherlands. He worked as a Researcher and Associate Professor, between 1983 and 1997 in the Department of Science, Technology and Society at Utrecht University.

Since 2011, van Wijk has been appointed as a professor of Future Energy Systems at TU Delft. His research focuses on the energy systems of the future. He will especially do research on hydrogen energy systems and fuel cell cars and has realised "The Green Village" at the TU Delft campus.

Van Wijk achieved many important prizes for excellent entrepreneurship. Amongst others, he was Dutch entrepreneur of the year in 2007 and Dutch top executive in 2008.

Van Wijk was honoured by KWR, by appointing him Honorary Fellow in 2018

Van Wijk has published many books, scientific articles and reports. Amongst others

All these publications can be downloaded from his website www.profadvanwijk.com