The time for renewables is now

Sooner or later it was bound to happen. In 2020, for the first time ever, the production of electricity from renewable sources in Europe overtook that generated by fossil fuels.

This was certified by Ember, the international climate change think-tank that each year publishes a report on the energy sector in Europe. In the first six months of last year, windpower, solar, hydroelectric and biomass together generated 40% of the electricity consumed in Europe’s 27 member states, compared with 34% from fossil fuels.

That this occurred in the year of the pandemic is no coincidence and the reasons for it are in part linked to the fall in demand for energy due to the lockdown restrictions.

But Ember also registered an increase of 11% in production from renewables due to favourable environmental conditions and the new photovoltaic and wind plants that went into operation.

In fact, the combined production of wind and solar power plants provided 21% of all electric energy produced in Europe, an unprecedented level for the continent. The report also registered a decline of 18% in the use of fossil fuels in spite of plummeting oil prices.

Other organisations have reported similar trends. Reuters, for example, published data from the Energy Information Administration (EIA) for the United States for April showing
that the use of coal in electricity generation declined by more than 30%, while the share of renewables, which are still only in an initial phase of development in the country, grew by 3%.

Opportunities out of crisis

The trend is, therefore, extremely interesting and has been acknowledged by leading international organisations. The Covid-19 emergency represented an unprecedented shock to the global economy that requires huge public investment plans.

It is also an unprecedented opportunity to avoid repeating past mistakes, rethink the global system and accelerate towards a fairer, more sustainable, resilient and long-term economic model. The choices of the coming months will determine the outcome of future decades.

The International Energy Agency has noted that the drastic reduction in levels of carbon dioxide that we are set to register in the autumn due to the economic crisis is not a reason to celebrate.

Rather, we must ensure that the recovery that follows does not lead to a rebound in emissions, as occurred following the crash in 2008. The agency set out a series of actions required for a green recovery, such as the need for public and private investments to support renewables, foster energy efficiency and encourage electric mobility. 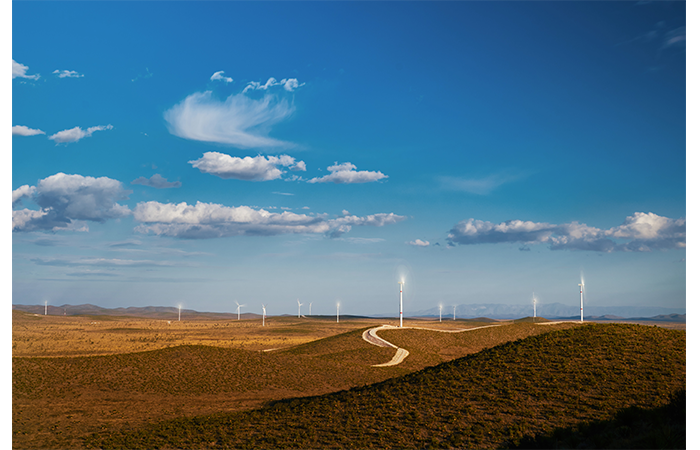 Last June, the International Renewable Energy Agency published a lengthy agenda to promote a post-Covid recovery based on resilience and equitable development.

In particular, it highlighted the need to forge long-term strategies from the short-term interventions introduced in response to the pandemic. Strategies that are fundamental to the energy transition at national and regional level because, as the organisation underlines, every million dollars of investment in energy efficiency generates at least 10 jobs, a figure that rises to 25 if the money is used to finance projects in the field of renewable energies.

Interventions of this type are necessary to generate the momentum that can lead to a substantial increase in GDP worldwide in the 2021-2023 period, according to IRENA.

According to a study by the World Resources Institute, an overall investment of between 35 and 45 trillion dollars by 2050 would lead to a world with zero emissions the following decade, with estimated savings of between 62 and 169 trillion dollars in social and healthcare costs due to the reduction in atmospheric pollution.

This adds up to an investment that would yield between 3 and 8 times the initial outlay. Along the same lines, the World Economic Forum has underlined how government representatives and business leaders have a unique opportunity not only to combat climate change but also to kick-start the economy and improve society.

Enel Green Power is actively contributing to achieving these goals. We are present in 27 countries with 46GW of managed renewable capacity, an amount that continues to grow year on year, reinforcing our global leadership.

This continued last year despite coronavirus restrictions, thanks to the intensive use of technologies, which Umberto Magrini, Head of Engineering & Construction at Enel Green Power, says “has enabled us to supervise work in various sites remotely and to even carry out testing using remote support”.

He explains that the physical presence of technicians on the ground “is always necessary for operations of this type, but during the lockdown we saw that we could reduce on- site staffing to a minimum, with specialised engineers and technicians supporting the staff on the ground”.

“When this crisis is over, the experience we have gained will be useful to help us create an even more virtuous route forward and further accelerate the development and faster deployments of our facilities.”

This means being better able to boost installed capacity, which is fundamental to speeding up the energy transition process. The Enel Group is committed to developing its business model.

in line with the goals of the Paris Agreement to completely decarbonise our energy generation mix by 2050. Already by 2030 we aim to completely eliminate the use of coal. We’re investing in the future, and we’re already building the new world.