"By investing in a new cutting-edge district heating power plant, we’re not only ensuring that Leipzig will be supplied with electricity and heat in the coming decades: we are also getting ready to actively pursue decarbonisation.”

That’s how Karsten Rogall, managing director of Stadtwerke Leipzig, explains changes being made to the electricity and heating supply of the city in eastern Germany.

Stadtwerke Leipzig has hired Siemens Energy to supply two gas turbine packages for a new CHP plant that will produce electricity and district heat for the city – and the turbines will eventually be able to run on hydrogen.

The new plant will have an electrical capacity of approximately 125 MW and a thermal capacity of around 163 MW. Rogall said that the plant’s maximum fuel efficiency will be 93% thanks to the district heat production.

The Siemens Energy SGT-800 gas turbines will initially run on natural gas when the plant becomes operational in 2022. However, the long-term goal is to operate with 100 percent green hydrogen, which will be produced from wind or solar energy by electrolysis.

“The ability to flexibly increase the share of hydrogen in the fuel is an excellent prerequisite for a sustainable and reliable power supply for Leipzig,” said Rogall.

The new plant will also mean that Stadtwerke Leipzig will no longer rely on district heat from the Lippendorf lignite-fired power station.

Siemens Energy will also supply and install a battery solution which ensures that the plant can start up on its own without an external power supply in the event of a widespread blackout.

Karim Amin, executive vice-president of generation at Siemens Energy, said: “We’re pleased to be working with Stadtwerke Leipzig to further promote the transition towards a new level of decarbonised energy mix in Germany.” 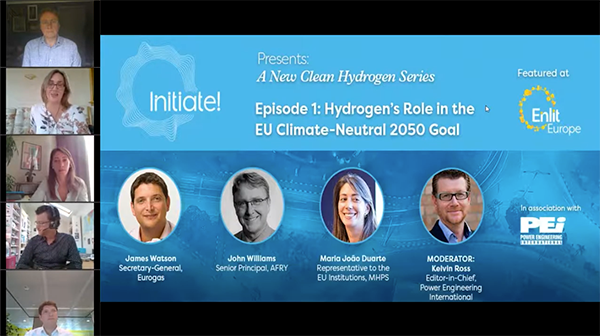