The future role of DSOs

The latter is a completely new role for the DSOs and they seem ready to take on the challenge, the JRC reports in its latest Distribution System Operator Observatory 2020.

In particular, the Observatory, which takes an in- depth look at the region’s distribution grids, focusses on the large DSOs serving over 100,000 customers, with a survey of 44 of these.

Among the findings of the survey (all of which have been anonymised) are that 12 of the DSOs had attained the 80% rollout target for smart meters, reaching almost two-thirds of the 140 million customers represented. However, while the region’s 80% target has not been met, there is a clear polarisation with some DSOs having completed their rollouts while others have barely started.

For the DSOs sampled, the average smart meter rollout was 38.5%.

Eight of the DSOs (out of 35) also communicated that they own storage, which is mostly storage set up along the grid to power substations or consumers in critical situations.

However, only a quarter had connected distributed resources generating for more than 2,000 equivalent full hours. Moreover, only a handful were managing active customers in their distribution grids.

Another finding in the smart grid dimension is that more than half of the DSOs are considering non- wires options, such as demand side management and demand response, as alternatives to network infrastructure investments.

Another trend emerging in DSO operation is digitalisation. Almost all of the DSOs sampled have a SCADA system but so far more than three-quarters had fewer than one in ten of their MV substations remotely controllable.

When dealing with management of advanced technologies, the picture becomes fragmented. They are used for asset planning and investment strategies and sensors are widespread for outage detection, but the majority are not implementing storage or distributed energy management tools.

The picture is scattered also for data coordination with TSOs: while demand and generation forecasts are usually shared or received from TSOs, data on network conditions are seldom received.

Regulatory sandboxes are emerging and expected to be significant in coming years, as are country-wide regulatory pilot projects.

Another insight from the survey concerns the readiness of DSOs to prepare 10-year network investment plans. More than three-quarters are already preparing plans, although so far there is no clear guidance at European level.

The survey also revealed that almost three- quarters are funded through fixed network tariffs. In addition, capacity based tariffs and volumetric with net metering tariffs are commonly in use.

The JRC recommends, drawing on its experience with the Observatory, that there should be an EU- wide approach to DSO technical data gathering.

Serious reflection is needed at policy level on the use of grid enhancement with e.g. digitalisation vs grid expansion. DSOs should be incentivised when drafting their investment plans.

These are significant and for example the JRC estimates a requirement of roughly €4.6 billion ($5.62 billion) for the up to 23 million new smart meters for the 37 DSOs included in the survey to reach their 80% rollouts.

As DSOs are paid by tariffs, the regulatory authorities should consider including remuneration that focuses on DSO-led innovation, like digitalisation, automated grid management and other solutions to better manage distributed generation in the grid.

The Observatory concludes with a comment to pay attention at policy level to the long-term impacts of the COVID-19 pandemic. The significant decrease in energy demand that has occurred in some countries might hinder the ability of DSOs to secure resources to dedicate to innovation where tariffs are linked to demand.

For the latest insights on grids, watch this special Enlit Europe episode on demand:
How will the grid evolve to support decarbonisation? Part 2: the Search for Resilience and Flexibility 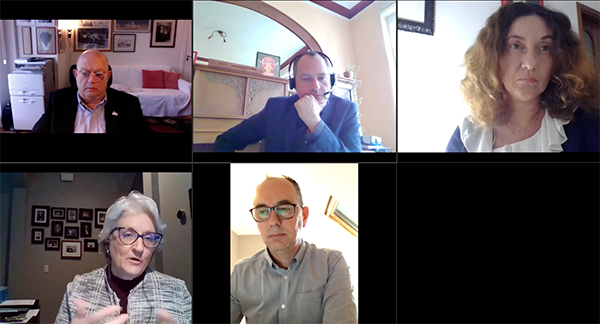 This article was originally published on Smart Energy International.