A three-year tidal energy project funded by the EU’s Horizon 2020 has concluded and been hailed a success by its consortium partners.

The system incorporates a pneumatic module that has 80% fewer components, which the consortium says reduces complexity and CAPEX while improving reliability, compared to previous designs.

On the performance side, new dynamic seals were designed and tested which CorPower said resulted in a 70% improvement in friction, while flow losses were reduced by up to 90% compared to previous products.

CorPower said these improvements enabled the levelised cost of energy to drop by 18-29%, with operational expenditure expected to decrease by up to 30%. 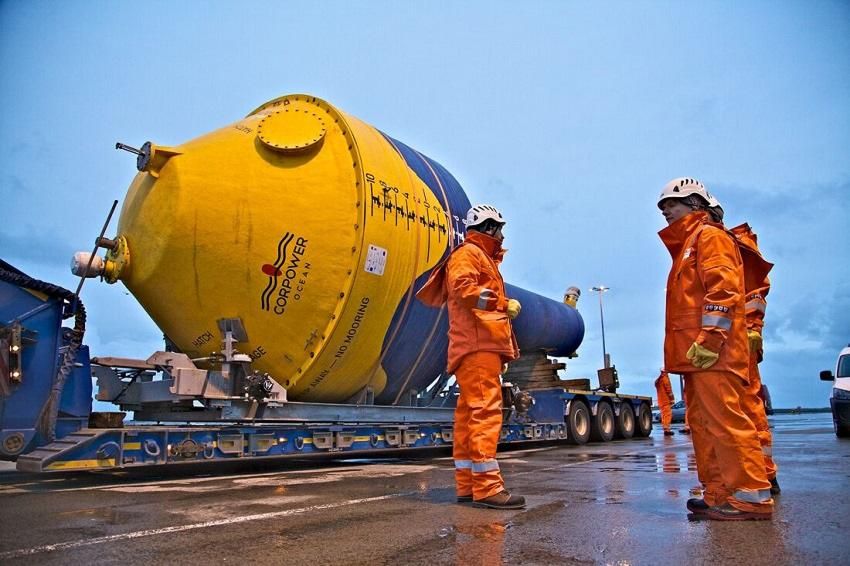 Tzer-Yuan Lim at DNV-GL, who carried out the certification of the advanced power take-off system, said working on the project “helped DNV GL UK extend our knowledge and experience in certifying wave energy equipment in accordance with EU Directives and specifically, the risks and potential failure modes when using composite materials. This has enabled us to provide greater insight into the design and fabrication of wave energy converters using composite materials.”

Sofia Ganilha at EDP said “innovation is in EDP’s DNA to foster new technologies that help us to diversify and increase the efficiency of our portfolio. We believe that the decarbonisation of the energy sector will require synergies among all renewable energy sources and the sea is one of the puzzle pieces with a lot of energy density to offer.”